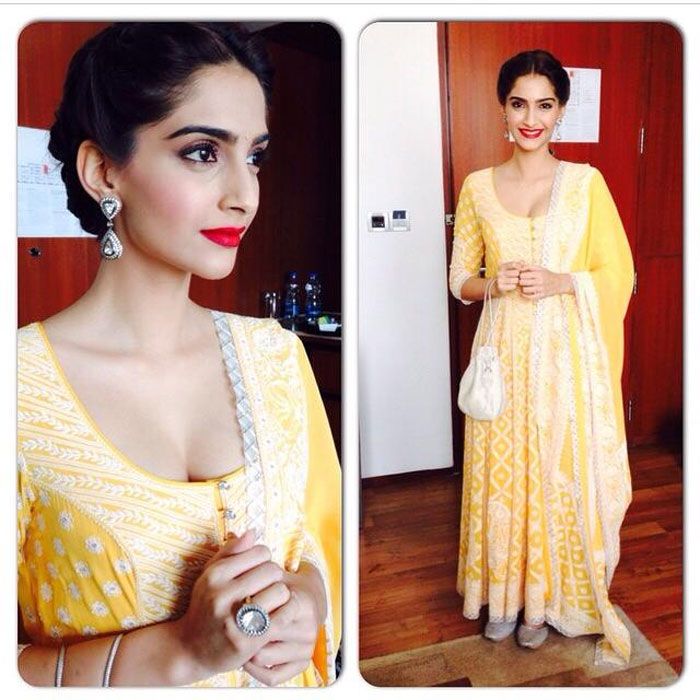 How often do we look at a Bollywood goddess in an ethereal suit, looking like a princess, in an Indian Disney movie, and think, “If only I could wear that once”? Every Bolly fashionista has a guardian fashion designer – a fairy godmother, if you will – who conjures such magical designs. While the women of the tinsel town collaborate with various designers, they are each seen in designer suits by their favourites! Let’s take a look at the Bollywood actresses in salwar suits created by their favourite designers!

Deepika Padukone looks stunning in ethnic wear, and when it comes to designer salwar kameez, she depends on Sabyasachi Mukherjee. 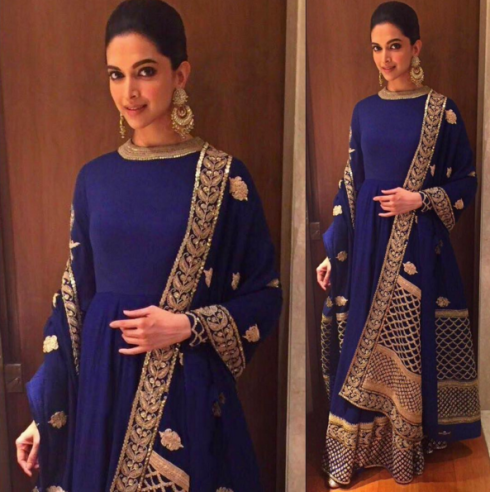 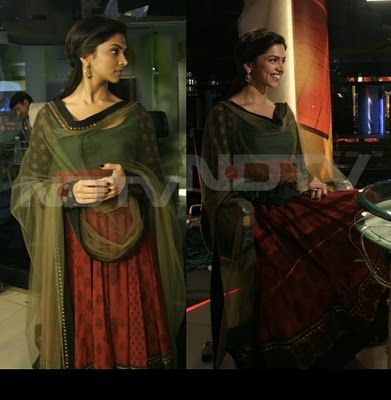 When she is seen in an ethnic outfit, it’s usually by the Bengali couturier – be it her heavily embroidered floor length regal anarkali in blue at the Telegraph Dinner in Kolkata, or her simple red anarkali with olive dupatta at the Lafangey Parindey promo for NDTV.

Kareena knows how to carry off Indian and Western outfits with equal confidence. And she relies on Manish Malhotra to give her a charming edge in stylish, ethnic ways.

She looked ravishing in the designer churidar with white anarkali at Lakme Fashion Week, and equally gorgeous in the green designer salwar and georgette anarkali on the sets of the popular dance reality show, Jhalak Dikhla Jaa.

Aishwarya Rai is beauty personified, and she loves to wear Indian designer suits by Abu Jani Sandeep Khosla for her public appearances, as well as family events.

She looked gorgeous in the red number by the fashion designer duo at the Asia Vision Awards in Dubai.

She chose a completely different mood of colour – a baby pink – for her suit by the same designer, at the birthday party of Anil Ambani’s mother!

Diya Mirza looks in her elements when she is a designer salwar kameez, and her favourite is Ritu Kumar, who is noted for putting India on the global fashion map. Her designer suits for women are coveted by fashionistas. Who wouldn’t want the white-and-gold suit Dia wore to the Annual Colors Screen Awards, or the Varanasi Weaves number with gold and pink hues, which she showcased at Lakme Fashion week? 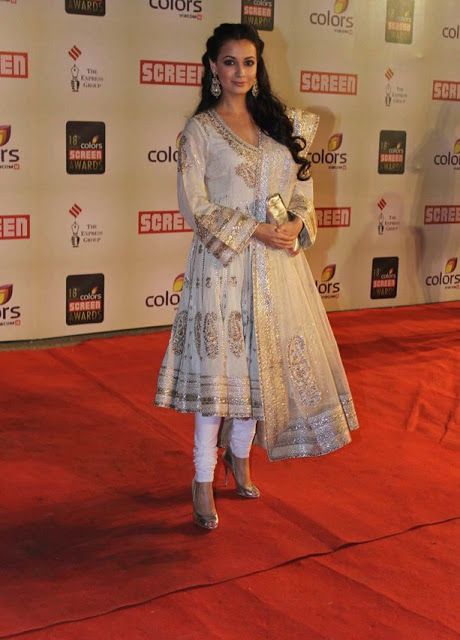 Sonakshi Sinha’s style is simple and contemporary. And the designer who specializes in latest designer suits is, undoubtedly, Anita Dongre.

Sonakshi is often seen in the trendy designer salwar suits by the couturier, like the floor-length mint-green kurta with chikankari work, which she wore to the sets of Om Shanti Om, or the bright yellow number she wore to the promos of Action Jackson in Hyderabad! These Bollywood celebrities, in the creations of their favourite designers give us serious ethnic wear goals. And, with the replicas of designer suits online, it is now possible for every woman to look like a diva!