Skip to content
Iconic lehengas are nevertheless but inspirations drawn from some of the best designers in the fashion industry. Sometimes actresses or showstopper models become designer’s muses to showcase designs on the runaway! 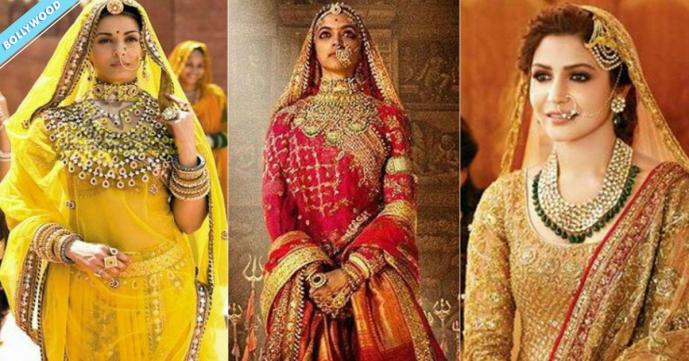 Iconic lehengas are nevertheless but inspirations drawn from some of the best designers in the fashion industry. Sometimes actresses or showstopper models become designer’s muses to showcase designs on the runaway!

From cuts to styles, fabrics to going deep in probing on your favorites – the designers of today are ruling the industry by styling the reel brides in the screen in a breath-taking way, which makes us too long for one.

A number of lehengas still in the making by some of the boutique owners or few tailors in the neighborhood or those online lehengas available in various shopping portals are nothing but cues taken from these eminent designers, who had let their heart out through such design showcasing.

It would be unfair on my part to mention some of the designers and not mentioning the rest. Hence, thought of taking you through some of the movies and designs of few lehenga choli designs that inspired us.

Neon being the emerging color in the market and a contrasting color of peach are sure to swoon anyone with such look. Pairing a golden blouse for this flared high-waist lehenga, brings out Alia’s chirpier and bubblier side of hers.

With minimal looks and side parted hair, she looks ethereal in this look of hers in the movie ‘Humpty Sharma Ki Dulhaniyan’.

If you’ve liked the song Dhol Baje, you must have not missed Deepika’s red lehenga with golden motifs and velvet fabric works on it. Though she brings out the intricacies of the attire with her charming appeal and tall petite stature – Ramleela movie and her look through out couldn’t let us take our eyes off.

But if we were to talk about her makeover as Rani Padmavati in the movie ‘Padmaavat’, only Deepika could have given an explanation of how she could bear the weight of wearing such heavy lehenga.

Marron and Golden motifs of queen all around embellished on the body of the lehenga, she is seen swooning her hips to the song of ‘Ghoomar’.

Who can forget that gorgeous looks of the doe-eyed beauty who amazed us with her charming looks in that two piece blue colored lehenga.

Moreover, the themes of these ghagras are picked up fashion from the Gujarati border.

Virat Kohli’s muse and eminent actress in the tinsel town looked every bit like a bride in Manish Malhotras lehenga. With light colors of pastel and red hues and shimmers all over and in that pretty nose ring – she looked ravishing despite of being worked up in carrying that heavy attire.

Though such types of lehenga cholis are highly available online, but then instead of shopping try to make one for yourself tailored to your needs.